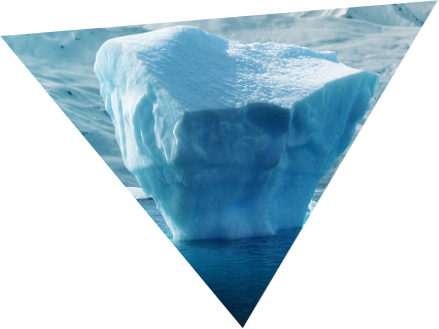 The protocol of a decentralized social network on the distributed ledger

So many discussions about decentralized social networks... It's time to figure out if they are possible, who wants to use them, and why. And if this user can do it?

First of all, we need to understand: where have we come and what do we have? We have large social networks, for example, Facebook or Twitter, there is also russian Vkontakte.

What unites them? Users and their data. It doesn’t matter what kind of user comes to the social network, it will serve him. He will be conveniently located in a chair, it will take his email or phone with a smile, look at the contact list and look for whoever is in it, offer to subscribe to them, declare that you are now “in touch”, and maybe also send invitations (hello , LinkedIn).

What's next? Here is your page, your profile. Fill out everything important about you, where you are from, what hobbies, what’s your job, family status, upload your photos. The social network will take everything with a smile, asking nothing in return. It will keep old photos, find faces there and even offer to mark other people. And it won’t ask even a penny for storing data! This is a service!

Unbelievable! You are served for free, take it all! Publish news from your life, discuss friends, write greetings, share emotions, unite in clubs and communities! And we will take care of all the data and storage concerns! Ahaha ahaha. 🗝️ Under the lock, as they say.

People are so accustomed to amenities, got a huge social response from the available services that they began to consider it as normal. As a result, their digital avatar lives on different social networks. Work and professional skills in one network, friends and hobbies in another, personal communication and notes in instant messengers (also a kind of social network). And here is the main convenience - for free!

Cheese in the mousetrap? Didn't hear the proverb? Of course you did.

“The Matrix has you”. Your data is being used. And you are the person who granted it, you shared your life, you made this decision!

But how to gain independence? How to share a photo with another person without uploading it to the free “cloud” storage of a particular social network?

Oh, well, you need to raise your server, and even put scripts to create thumbnails ...

Oh, you have to pay for the server and data storage ...

Yes, that’s the way it is. The responsibility for your data lies only with you. There are new laws protecting personal data (e.g. GDPR), but this is unlikely to work - it is simply impossible to regulate the Internet. Yes, and such renegades could be count on fingers. The biggest bulk of people will be satisfied with free, happily flipping through Instagram feeds and getting visual and informational fireworks right in their brains! 🔥 Pretty cool, right?

The only solution is to take a step back and look around. Return to self-hosted solutions when the person himself stores and processes his data. For most people, this is difficult, so sooner or later a step will be made towards paid services that get paid for providing data storage services.

This is where the idea comes up! With the advent of blockchain technologies, it becomes possible to push such an economic phenomenon as a token into the relationship between persons of Internet. More specifically, the ownership and disposal of the token, confirmed by cryptography.

IPFS protocol made the first step for this. Without tokenization, the network without the need to trust and store all the data. Existing protocols will gradually develop, new ones will appear, step by step in the search for the optimal solution to a particular problem.

In addition to digital social capital, VIZ is a utility token with the ability to write data to the blockchain through the “custom” operation. It can be any data in JSON format, and token stacking is a kind of payment for bandwidth in the blockchain. For example, this article is written on the VIZ blockchain.

What prevents the transition from centralized social networks to decentralized? Trivially, but it’s monetization. If a social network successfully sells the attention of its users, then who will do it in a decentralized network? To whom you can sell itl? Is there any targeting for advertisers?

The current implementations of decentralized social networks, whether it’s Steemit.com or beta-ready Voice.com, are actually centralized. The access point is centralized, the service is paid (the client on the blockchain shows ads to its users). A single domain can be blocked by the regulator.

Of the decentralized ones, there is only data storage on the blockchain and tokenization of the economic model inside the “gaming” system (likes, dislikes, competition for a limited time). GDPR, for example, cannot be executed by the blockchain. By the service - yes (hellow to standard censorship), by the blockchain - no. And how to store such amounts of data? It is impossible for each validator or delegate to build a data center to store other people's data (since this increases costs and loses competitiveness on price with centralized decisions).

Free speech does not mean the lack of censorship by the client on the blockchain. Using the client to the blockchain system does not mean storing files and photos in it. The user still has to give data to free cloud storages, for example imgur (which somehow monetize information from them or turns into a kind of social network).

So how do we combine data decentralization, free speech, economic incentives for stakeholders? No one knows, therefore, experimental development is underway on a variety of protocols and models.

I believe that the VIZ ecosystem should not stay aside. VIZ has features that are perfect for providers of paid services for data storage, decentralized data storage, and the formation of their own subscription and publication feeds of various kinds.

The name of this initiative is the Voice protocol on the VIZ blockchain.

Continuation: Building a new protocol on the VIZ blockchain